Most depictions of suburban or even rural living portray a life of tranquility where one might spend evenings sitting in the rocker on the porch and listening to the orchestra of crickets and other critters. In reality, however, those crickets and critters can be quite loud. Not just the natural wildlife, but the neighborhood dog howling contest, the start up garage band and even the occasional traffic creates a ruckus known as noise pollution. A common disturbance in the suburbs, problems with noise control are an epidemic in city settings. If the chorus of crickets were overwhelming, imagine living near an actual orchestra hall. Luckily, most modern or refurbished concert halls, theatres, apartments and even industrial manufacturing plants combat this encroaching problem with soundproofing.

A broad term, soundproofing a space simply means to insulate it against noise. The methods to achieve this can be divided into those which reduce noise and those which absorb noise. The difference is that the latter suppresses echoes and reverberations while the former lessens the energy of sound waves. In any event, sound barriers can be implemented at the structural level as with acoustic flooring and acoustical ceilings. Made of porous materials that trap and dissipate sound waves, these are commonly used to maintain peaceful ambience in buildings ranging from apartment complexes to concert halls. Large venues also employ adjustable soundproofing like acoustic baffles and panels. These items are not only functional, but may also be designed for aesthetic value. Though rarely for visual effect, factories in a number of industries likewise employ acoustic panels and curtains to curtail the often tremendous noise produced heavy equipment. More than convenience, this is a matter of workplace safety. 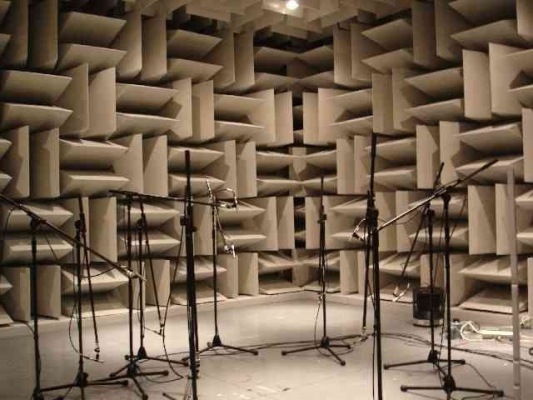 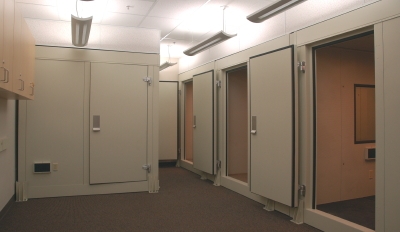 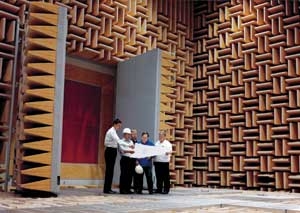 While home applications for soundproofing are not often related to individual safety concerns, they may be beneficial in maintaining sanity in a noisy neighborhood. As the teenage garage band kicks off their heavy metal concert series, making the decision to install soundproofing can keep the peace between the adolescent and their parents as well as that between those parents and their neighbors. Fortunately, attaining adequate soundproofing need not be a large scale and large cost production as is often the case in commercial and industrial settings. Acoustic foams and sound insulation made of recycled tires are increasingly environmentally and budget friendly. Egg cartons and carpeting further simplify and reduce the cost of do-it-yourself soundproofing, though it is important to consider the level of noise pollution and the overall goals of the project as the diminished cost may mean a diminished capacity for sound absorption and damping.

Noise reduction is an extremely diverse field used anywhere from the secluded country home on the flatlands of Wyoming to the Grand Central Terminal in New York City. To meet the needs of any application the tools of soundproofing are advancing on par with the need for peace and quiet. From egg cartons to mass loaded vinyl and foam panels, it is essential to consider the variable level of noise and the resulting need for soundproofing in a given space prior to making a final decision. Luckily, as do-it-yourself and professional soundproofing materials become increasingly accessible it is likewise becoming increasingly easy to make the sound decision to keep the peace with soundproofing.

Tungsten: Fought Over & Sought After
arrow_forward