In anthropological studies of culture and civilization, one of the key elements is to gain an understanding of how a society develops over time. One way to do this is to examine of the evolution of material use and commodification. Through centuries and even millennia, one material in particular has demonstrated extreme utility within several societies and as such has become a vital tool for the study of those societies and civilization as a whole. Whether in the form of purposeful piping or astounding artwork, copper and its alloys have inundated the cultural realm. From antiquity to modern day manufacturing this renowned material finds use in not only the obscure and elite, but the everyday as well. While the impact of copper on daily life is often overlooked, the importance of copper to cultural studies and cultural continuity is paramount. 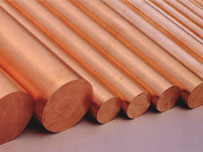 Though its utility is perhaps what makes copper important in the study of civilization, its use in creating astonishing works of art is one of the most prevalent examples of its place in cultural history. Hundreds of influential art pieces and millions less noted over the centuries have been made of malleable and durable copper alloys. Easily manipulated, the soft material can be formed at the artist’s whim. Copper art for art’s sake, however, is not alone in emphasizing the artistry of the material. Much like great artists, copper smiths and copper suppliers have all but perfected the processing and manufacturing of the versatile material. In addition to the aforementioned characteristics, properties such as electrical and thermal conductivity, corrosion resistance and strength can be emphasized or lessened as needed for a specific application. Metal working copper is inherently a culturally informed science, but also a powerful art form. 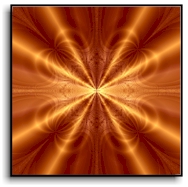 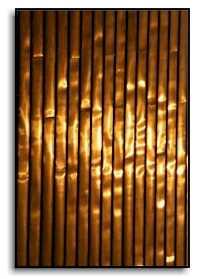 Like so many copper utensils and icons developed over time, the process of extracting and manufacturing copper from ore is an evolutionary process. Copper is generally found not in pure form, but in various compounds which are mined in locations around the globe. To create precise alloys such as brass and bronze and then form these materials into useful and artful components requires a highly skilled individual with dexterity in both artistry and engineering. Any such manipulation of the ore entails first crushing and grinding it into a powder to which chemical reagents are added. These additives help to recover the copper while removing other ore elements to concentrate the copper which may then be leached or smelted and refined to the necessary purity. The careful blends of metal and mineral create copper alloys for a wide range of uses.

From Rodin’s iconic The Thinker to the copper pipes, pennies and appliances of daily life, copper is a lasting symbol of culture. The evolution of its material use and the art of working copper into purposeful forms give anthropologists a great deal of information about a society. Though samples dating back thousands of years may be hard to locate, the average household contains as much as 400 pounds of copper that will no doubt leave a lasting record over time. Be it in this infrastructure upon which culture is built or in the art that serves as a symbol of such cultural prowess, the ubiquity of copper in the art world and beyond makes evident its key role in creating culture.

Revving up the Horsepower with Dynamometers
arrow_forward